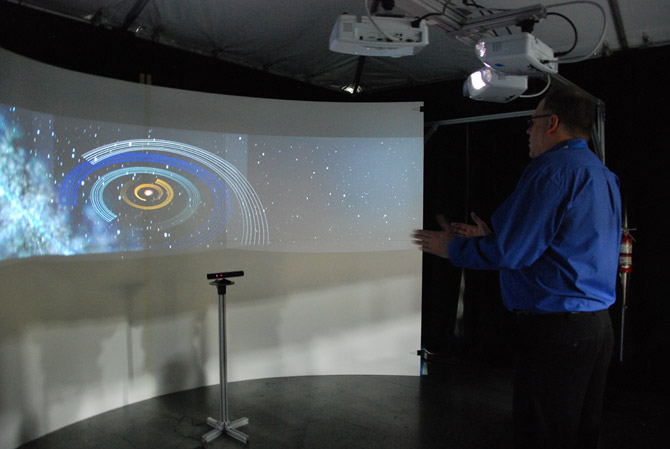 Ahead of its imminent release tomorrow, Microsoft today gave a sneak peek of what might be possible with the official Kinect SDK at the MIX11 conference with a brief demo of a new version of the WorldWide Telescope.

The demo involves navigating the imaged universe on the WorldWide Telescope software with gestures controlled by both hands including zooming, rotating and panning. Although the gestures were fairly simple, the demo was still impressive how accurate and smooth it was, considering how twitchy gesture-based applications usually are.

One interesting aspect to note is the use-scenario this demo portrays. That is, even with the Kinect SDK on Windows, it appears to be still a 10-foot experience, not waving arms at a desk.

In addition, although WorldWide Telescope isn’t a particularly intensive application, the Kinect seems to run as smooth on Windows as the XBOX 360 even with its high processing requirements.

Tomorrow at the second MIX11 keynote, Microsoft is expected to release the research-version of the Kinect SDK, free for tinkerers and personal use, with the commercially licensed version further down the road.