If you asked people about Kinect, most people would probably think of games that involve a lot of exaggerated body movements like jumping, dodging and waving arms like an inflatable tube men. While Kinect has proven its value with arcade games, its just beginning to reveal its more serious side.

Forza Motorsport 4, one of the first games in the “Better with Kinect” lineup is here to prove its more than just hand-waving gimmicks.

Of course it helps to have a great XBOX 360 game to build upon. Forza 4 is a spectacular racing game hands down. Like one expects from the franchise, it’s the game with the graphics and audio you would be proud to show off to non-gamers as a technological demonstration of state-of-the-art gaming realism.

As a game, it’s hard to resist driving petrol-gobbling sports cars on scenic racetracks all around the world at speeds that would most likely kill you in real life. Even though Forza’s trademark driving assists helps casual driving gamers like myself from spinning out of control at every corner, for the moments when you do crash, assessing the damage you dealt to the body of priceless cars is almost rewarding in a weird way.

With the foundations of a great game in place, the Kinect integration is like the icing on a cake. Granted the three main areas of Kinect integration – AutoVista, controller-free driving and head tracking are not all equally sweet, there’s enough substance to make Kinect owners appreciate the game even more. 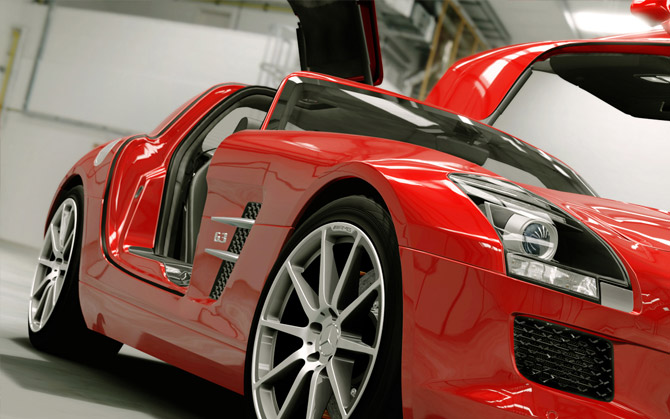 AutoVista is the interactive equivalent to a car showroom in Forza 4. Using the Kinect, one can simply walk around a car (or tilt your head) to explore gorgeous high-resolution renderings for 24 prestigious cars at launch and more from DLCs in the future.

Compared to the controller, interacting with commentary spots is a little more difficult since it requires you to actually hold an arm with accuracy (an issue with many Kinect games), some Kinect-only gestures like opening a door, the trunk and pressing the horn on a steering wheel are details to be appreciated.

For those who have always wondered what $1 million car’s horn sounds like, Forza 4 with Kinect can satisfy that craving for just the fraction of the cost.

From the showroom to the race track, Kinect allows three racing modes: quick race, hot laps and split-screen versus side-by-side with a friend. After driving a couple of laps with the Kinect, it’s obvious why the game’s campaign mode can only be played with the controller.

Even though the game recommends you to sit, the hand sensing works just as well standing up as well. As both acceleration and deceleration is controlled automatically, rotating the imaginary steering wheel using two hands or even one hand is reasonably accurately reflected in the game.

It took a few laps to get used to but I’ve since mastered the art of holding an imaginary steering wheel with no resistance or feedback. It brings back childhood memories of imaging I was flying by stretching out my arms. Oh how naive I was. 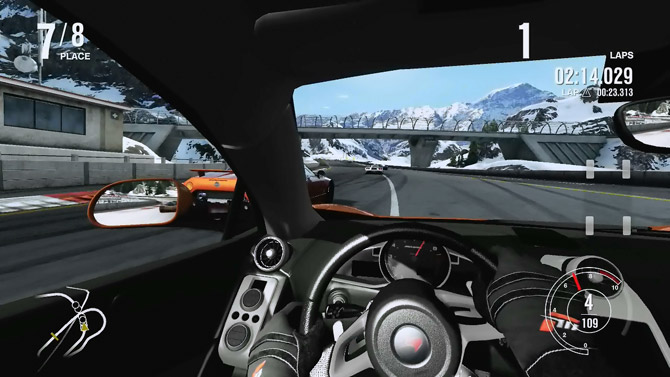 Lastly, the most subtle Kinect integration is also the best in my opinion – head tracking. When enabled (oddly not on by default) and driving with the controller, directing your view ever so slightly to the left and right pans the camera too. This works in both in-car and out.

Because it’s naturally intuitive for drivers to be aware of the vehicles around them and to change the angle of vision at corners, the head tracking provides a subtle hint of refined realism, even if it might not make a noticeable difference in the lap time. I actually think I tackle corners better because of this.

Since the panning effect has to be exaggerated for a TV display, I assume the larger the display the more engaging it is (I played on a 40″ sitting about 1.5m away).

Looking beyond, the Kinect integration in Forza 4 is what wets my appetite for the future of “Better with Kinect” – great games with an extra layer of Kinect icing.

With motion-based gaming firmly established into the minds of casual gamers, there’s still a lot of unexplored potential for the technology to be used as a companion in many genres of hardcore games. Undoubtedly there will be a fair share of failed experimentations too.

As a patriotic PC gamer, I’ve never seen any obvious advantages of console gaming, until now. Even with the Kinect for Windows SDK in the wild, the sensor’s minimum distance requirement makes any PC gaming integration impractical. Any future cross-platform game that’s “Better with Kinect” is definitely going to make me have to think twice.