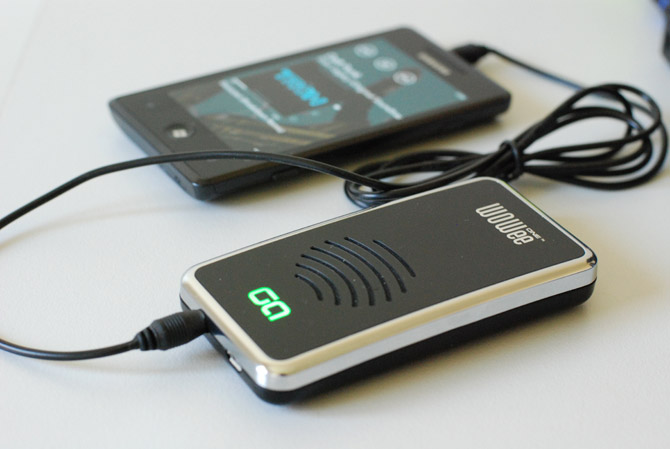 When something sounds too good to be true, it usually is. With a few exceptions.

When I first read about WOWee’s One Slim portable speakers with patented “Gel Audio” technology which claims to produce bass when placed on flat solid surfaces, an eyebrow was raised. Now having actually played with it, I wonder why don’t phones have this.

This tiny little rechargeable device might not look like it has what it takes, but then again you don’t see the interesting gel surface at the bottom unit you flip it over. All I can tell you is you can actually feel a little bit of the bass when placed on a table or against the wall from it. As a demo, here’s one of the better YouTube demos I found.

Obviously I’d be lying if I said this device sounds as good as a home cinema or even a good car audio system, but for its portability it has its uses. As other reviews have also noted the speaker itself has issues with high volume mid-tones, there’s no doubt still room for improvement for future models. Otherwise it’s a great demo for the gel technology.

The company which licenses the Gel Audio transducer technology claims to target mobile phones as a potential application however it doesn’t appear anyone has signed up. I can only hope a Windows Phone manufacturer could give it a try. Samsung, HTC, Nokia, anyone?