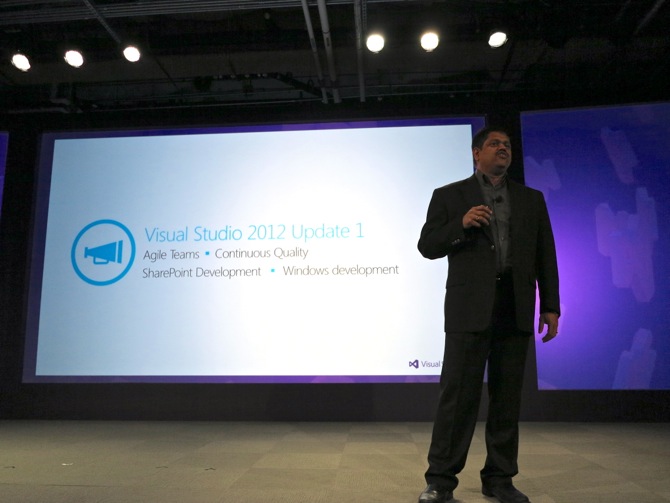 In an interview with Jason Zander, CVP of Visual Studio, I learned a bit more about what’s in the update and the CTP preview coming at the end of this month.

First and foremost, the update will bring forth a range of post-RTM bugfixes from the long backlog of changes and requests the team has been compiling and actioning from internal and external feedback from emails, UserVoice and Microsoft Connect.

To improve compatibility, the update will also improve targeting to current and upcoming platforms like Windows Phone 8 and browsers which has since changed since Visual Studio 2012 went “gold” a couple of months ago.

Last but not least, the UI critics (myself included) might also welcome some minor user interface changes. It won’t be any major revamps of the UI though. Expect only subtle things like adding color to more icons that didn’t make the RTM release.

The Community Technology Preview to be released later this month will be “as close to done as possible” to make the feedback loop practical. The update will be available to Visual Studio 2012 Professional and above.

For Express users, there may be updates where applicable but there may be different update cycles for targeted environments such as Windows Phone which will align with their SDK availability, or unavailability.