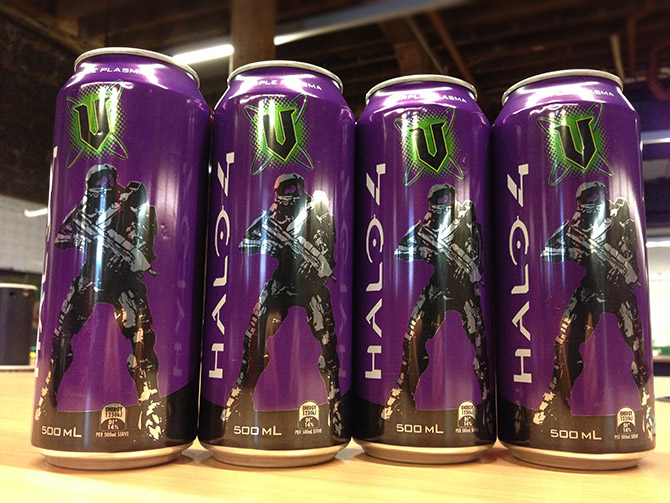 My sample pack of the limited edition Halo 4 “Purple Plasma” V-Energy drink from Microsoft finally arrived today. And yes, it tastes as interesting as it looks.

The purple packaged energy drink cans are part of a 2 month promotion to coincide with the latest release of the (never ending) XBOX 360 game franchise, Halo 4. A special printed code at the bottom of special Halo 4-branded cans gives buyers a chance to win a free game and console package.

Drinks purchased from different retail stores also offer a range of other prizes including a Jeep Wrangler, trip to Comic-Con, E3 2013 and a gaming pod. Master Chief must be feeling extra generous this year. 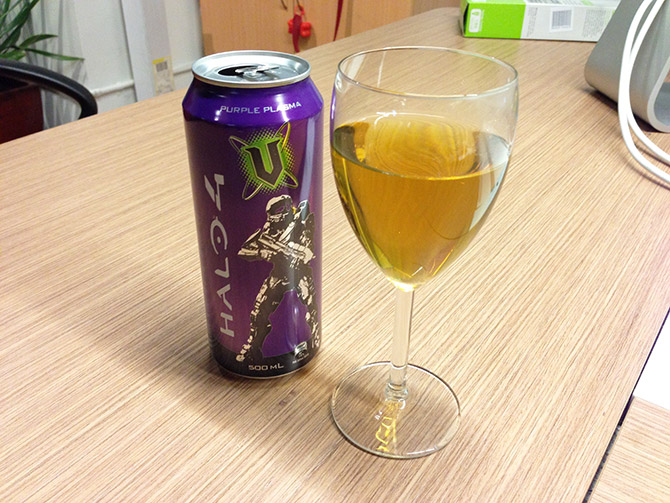 My co-workers and I decided we can only taste test this drink like a connoisseur so we poured it in a wine glass. In retrospect, it probably should have been a blind taste test had we realized sooner it wasn’t purple coloured on the inside. Nevertheless, we toasted to the Chief and gulped.

It turns out not to be so much grape-flavoured but a mix of passion-fruit and/or guava. Or at least it smells that way. For the most part it still tasted like every other Guarana energy drink – horrible.

But I guess if you really wanted to win a free XBOX 360 and get hyper-active, just drink it from the can. 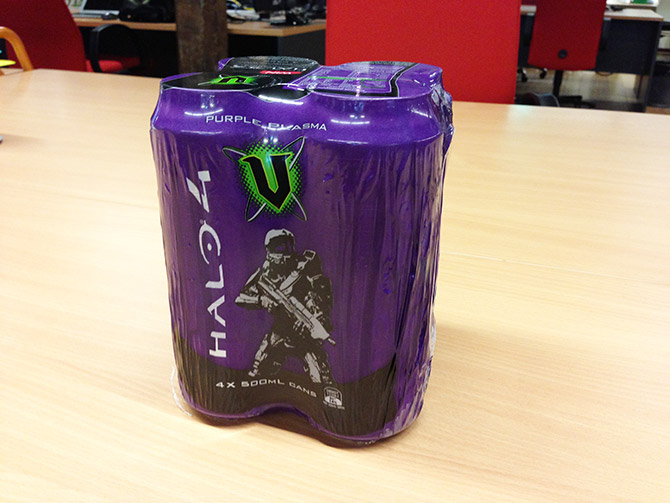 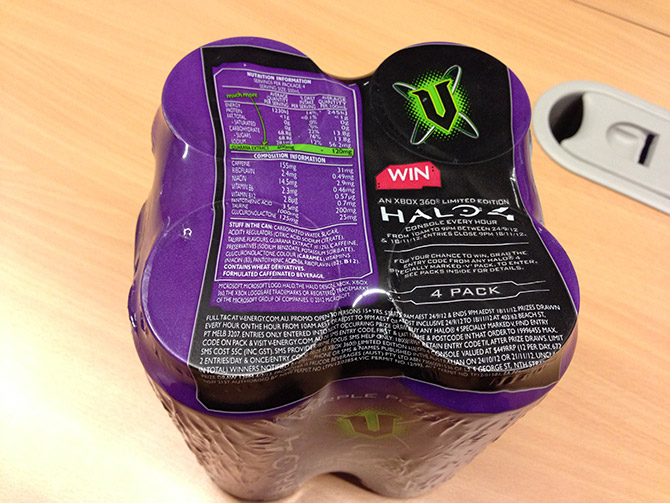 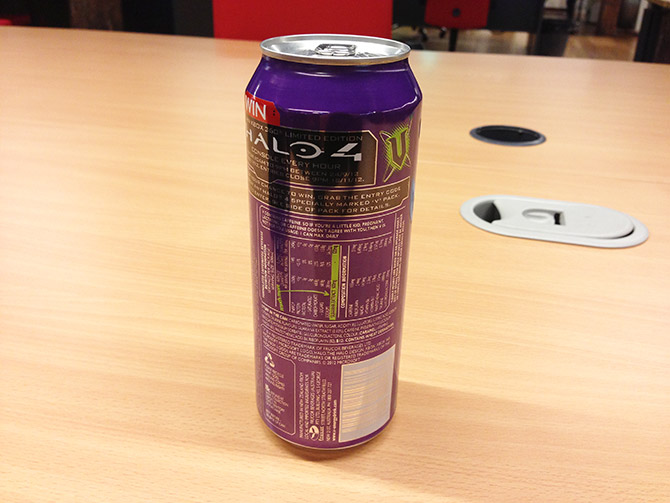 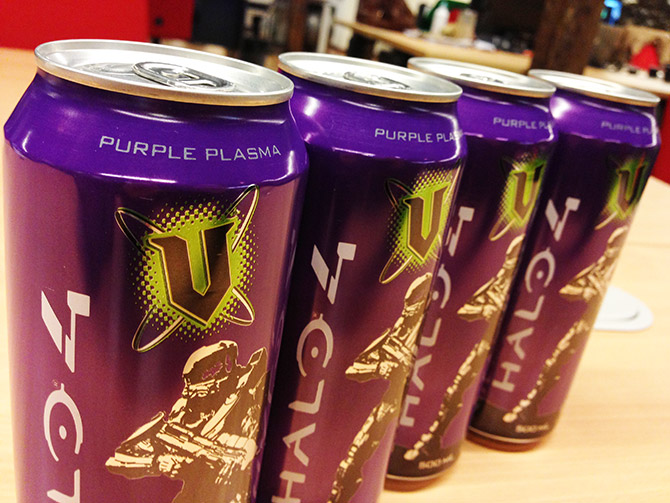