I listen to a lot of podcasts, audiobooks and music on my daily commutes. I have been content with generic headphones for as long as I’ve owned phones and media players. I’ve always thought noise-cancelling headphones were a luxury only for long international flights, it never occurred to me just how big of a difference they can make even for a simple train trip.

I got my ears on a pair of Bose QuietComfort 25 Acoustic Noise Cancelling headphones for review a couple of weeks ago and now I can’t go back. The QC25 is like having my own portable cone of silence at the flick of a switch. (I’m a big fan of Get Smart) 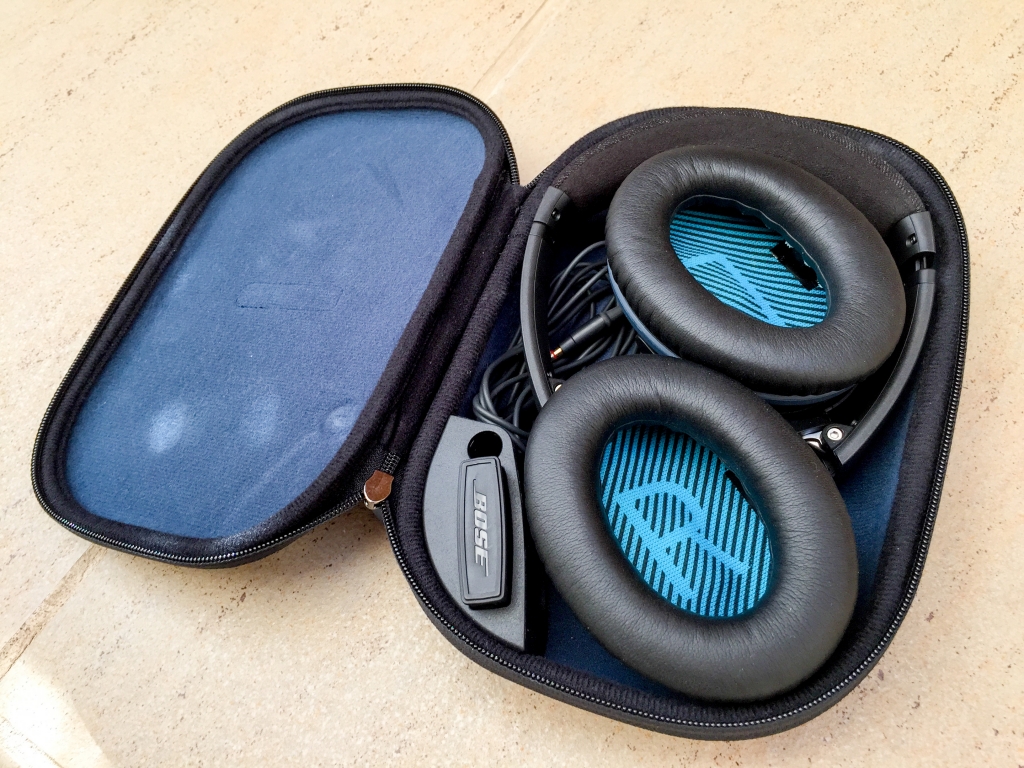 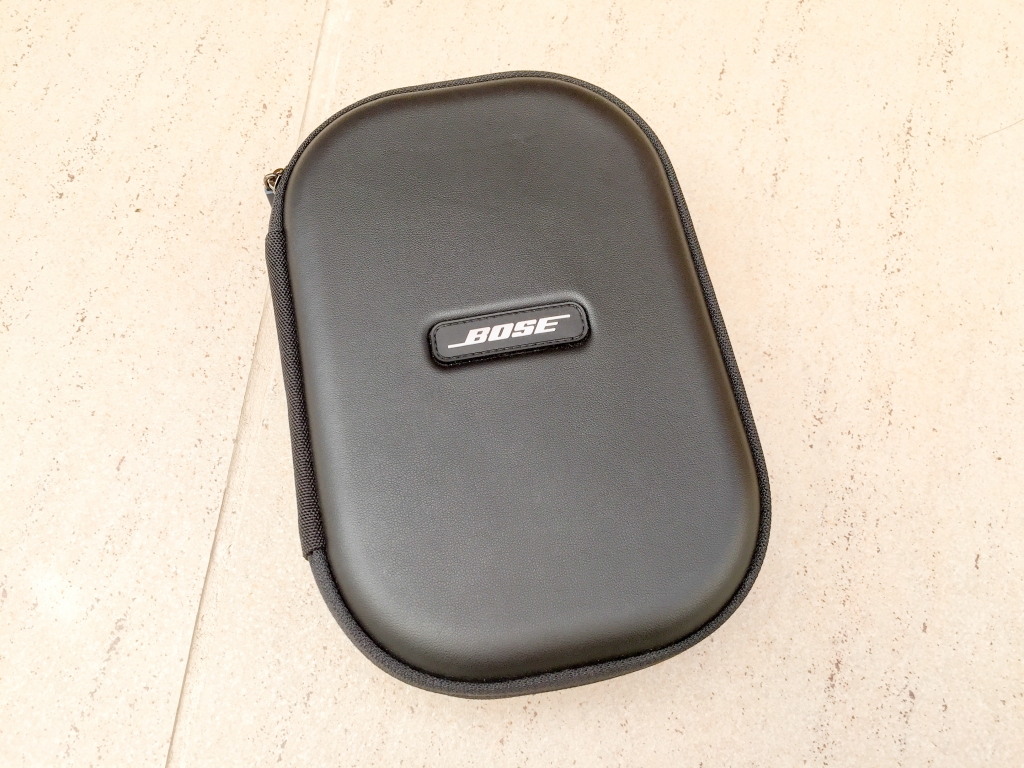 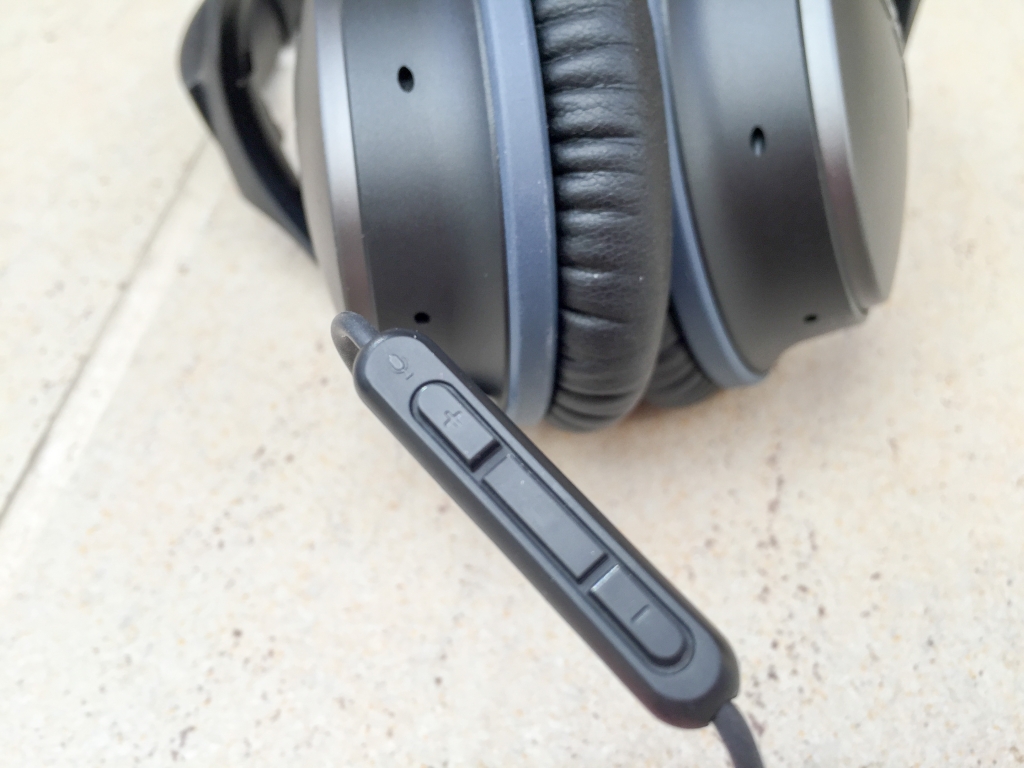 The headphones come in a carrying case, two colors (black and white) and two models: one made for Apple devices; and another made for Android devices. There’s no difference except the inline microphone & remote are optimized for each platform. In fact I suspect because it uses a standard 3.5mm TRRS conductor, it should be cross-compatiable with any modern smartphone.

The design and build of the QC25 feels solid and sturdy but weighs just 200 grams. The retractable headband is easy to adjust and holds its place firmly with thin etched slots. The rotatable hinges that allow the headphones to be folded into itself is metallic and covers the cord so it can’t be damaged. I throw these in my computer bag without the case day after day and they still look like new. 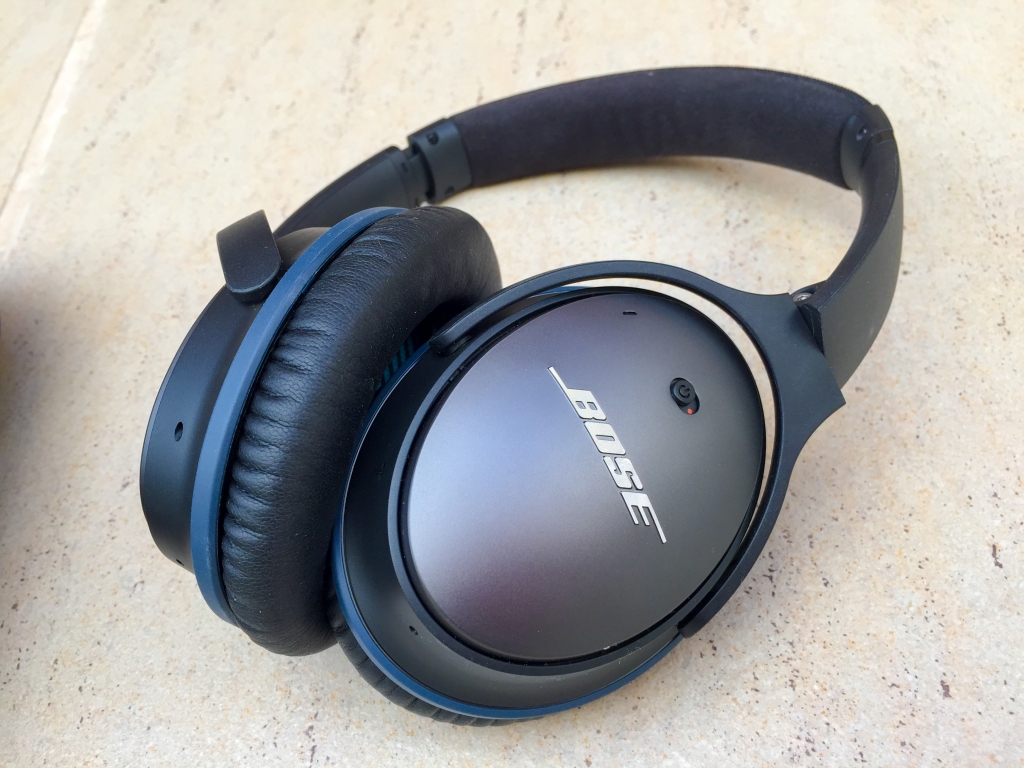 The QC25 is one of the most comfortable over-ear headphones I’ve ever tried. Whereas some over-ear headphones I’ve tried actually clips my earlobes (and bruising them after extended use), the QC25’s elongated oval cups cover well-over the entire ear. The thick leather cushions form a tight seal around the ears, but it’s soft enough it doesn’t feel like it’s pressing hard against you.

As a subtle design touch, the letters “L” and “R” is textured on the fabric inside the cups making it dead simple to identify the correct orientation. (No you can’t wear it backwards)

I don’t claim to be an audiophile so I won’t bother with making up words to describe the bass, treble or any other technicality of sound, I’ll just say it sounds pretty good to me. What’s more important however is what sounds are not there, and that is where this headphone really shines.

Turning on the active noise cancellation is as simple as the flick of a switch on the right cup and it momentarily disables sound output, but the effect is instantly noticeable even without any audio being played.

Gone are the thumps of train wheels on train tracks, the high-pitched whine from electric train inverter, the over-enthusiastic passengers who love to chat and the roars of a diesel engine on a bus? Gone. You can still make out beeps of a train door closing, someone talking directly to you and the barks of a dog, but it’s significantly quieter. This headphone has been systematically rated as one of the best noise cancelling technologies available today and I don’t doubt that.

It’s not so much music or podcasts sound better with noise cancellation, but it’s all the extra details you hear when there’s no noise covering it up.

As a weird side effect, the pounding sound of your feet hitting the ground walking or running is accentuate so I don’t think noise cancelling headphones are ideal for jogging. The wind blowing towards you into the noise cancelling microphones also make for an unpleasant buffer sound.

Thankfully the headphones can be used like a normal pair of headphones if the battery runs out or you simply don’t want noise cancellation. Each battery is rated for 35 hours of noise-cancelled listening and so far I’ve only drained one by leaving it on overnight which can be a bummer. 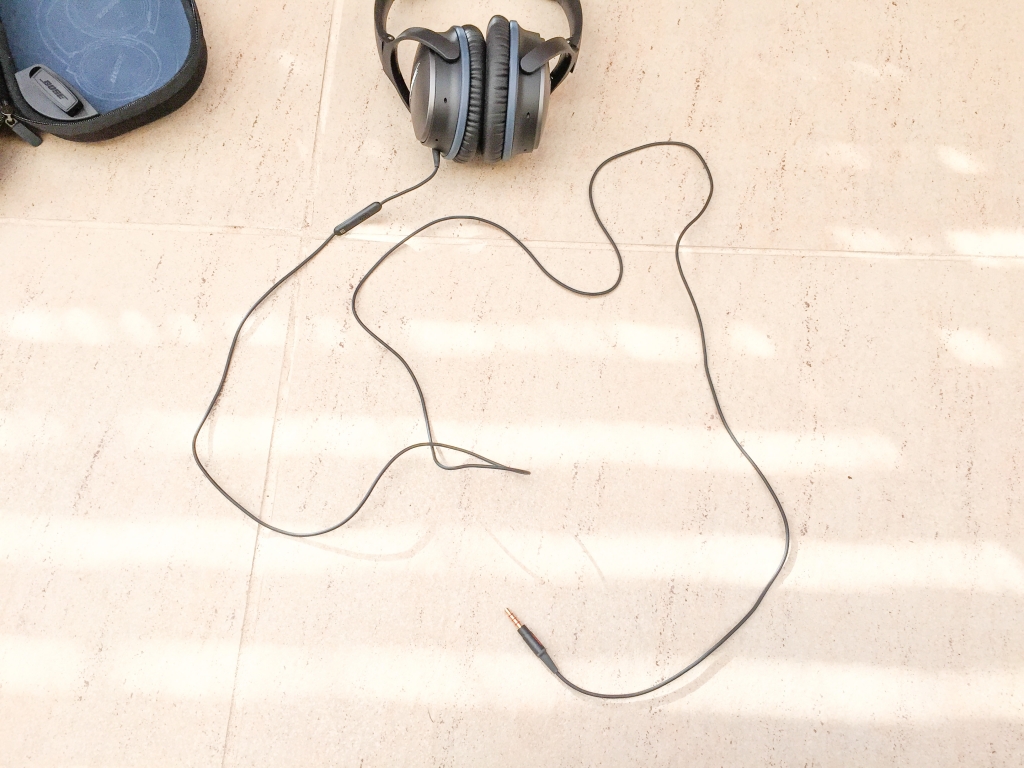 The worst thing about the QC25 is the unnecessary long cable – it’s roughly 50% longer than Apple’s Earpod cables. I know it’s an odd thing to say about a pair of headphones, but the dangling cable is a real nuisance. It flails about when I’m walking and I have to tuck a good portion of it in my pocket where the magical knot-fairy does its best work. There’s scientific proof longer cables have a higher knot probability.

In conclusion, this pair of headphones is a sizeable investment at a retail price of AUD$399/USD$299.

If you do a lot of listening out and about on public transport and especially on planes, the QC25 seems to be the state-of-the-art for active noise cancellation. Other reviews seem to suggest there are higher quality sounding headphones at this price range on the market, but I’ve fallen in love with listening in peace.

Disclosure: Bose provided the QC25 headphones for free as a gift.