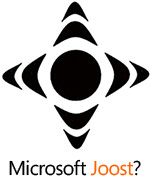 Today, a trademark application in Australia which looks to be for a video-on-demand service from Microsoft yet to be identified has been made available publically. Trademark application #1176435 lodged on May 16 2007 contains an emblem design featuring “arrowheads diverging from disc” which also contains references to a video-on-demand service over internet. The classification provided are as follows:

Points to note, the classifications specifically suggest broadcast-quality video, which rules out a YouTube-style video service; downloadable films and TV programs, leads me to think of the iTunes video store; and also personal photos, video and music, a “create-your-own-TV” channel perhaps? If it delivers everything these classifications suggests it would, then Microsoft is on the right track to give the VOD market a little shake.

Currently, Microsoft has an IPTV solution on the market ingeniously named Microsoft TV. However, Microsoft TV already has an existing trademark and logo design which suggests this could be a variation of the same service or an entirely different service all-together. Maybe we’ll see a new video-on-demand service similar to Joost from Microsoft this week. Keep your eyes glued.

Update: I’ve contacted Microsoft and Waggener to comment, but they haven’t responded and its 2am here. I’m going to predict they’ll say something like “Microsoft does not comment on rumors or speculations”. In fact, I’ll even bet on it.

Update 2: I’m flattered to have Ars Technica source quote reference appreciate my work on a higher level of appreciation invisible to the naked eye. Although they had problems understanding the difference between VOD and IPTV – they’re two different acronyms for a reason.

Update 3: Microsoft TV’s press agency Weber Shandwick had this to say, “Microsoft regularly files new trademark applications. We have nothing new to announce at this time.” They’re such teasers.