We all know product placement in science-fiction television shows can sometimes get out of hand. But today’s episode of “Terminator: The Sarah Connor Chronicles” has left me puzzled over what might have been a placement for Windows Vista. I say “might have been” because it is definitely not the Windows Vista we’ve all seen and some love to hate. It was like if they shot the scene inside Microsoft’s Windows development labs. I didn’t know John Connor was such a beta addict.

Rafael Rivera has put a gallery of high-definition screencaps, here are some of the most interesting ones in order they appear in the episode. For those of you playing at home, it begins at about 15min43sec and lasts about 90 seconds. 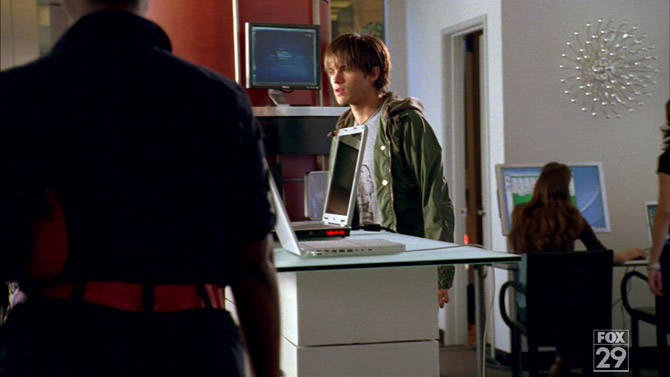 Without giving too much away, John Connor (lead character from the Terminator franchise) is walking into a computer store inside a shopping mall, having just time traveled from 1999 to 2007. Fortunately for John, he missed the release of Windows Millennium Edition. Note how Solitaire is clearly the best way to test out a computer before you purchase it. Media Center running on the PC on the top shelf. 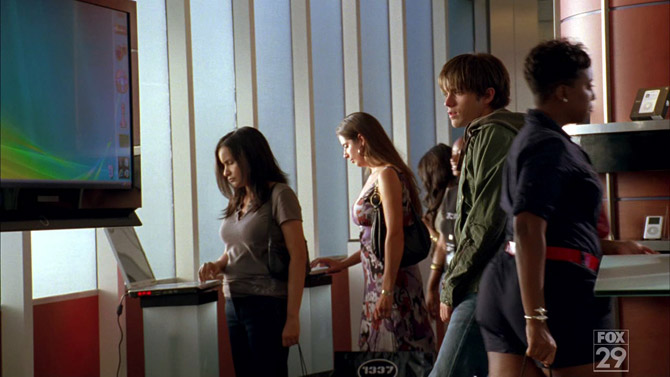 John sees Windows Vista for the first time, falls in love. Woman with “1337” bag in the background. 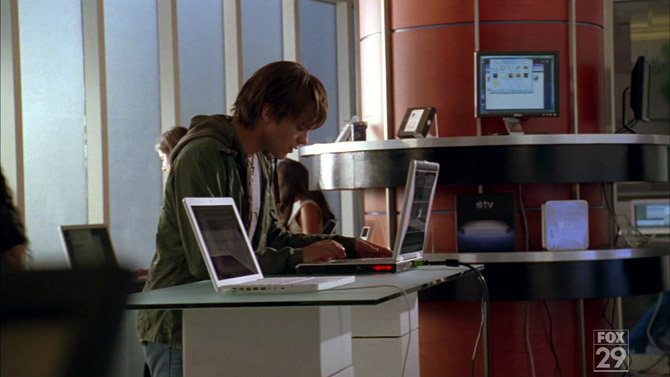 Having time traveled also means John missed the introduction of the Apple iPod, AppleTV and new MacBooks. But like the loyal Microsoft fanboy he is, he doesn’t pay much attention to them. 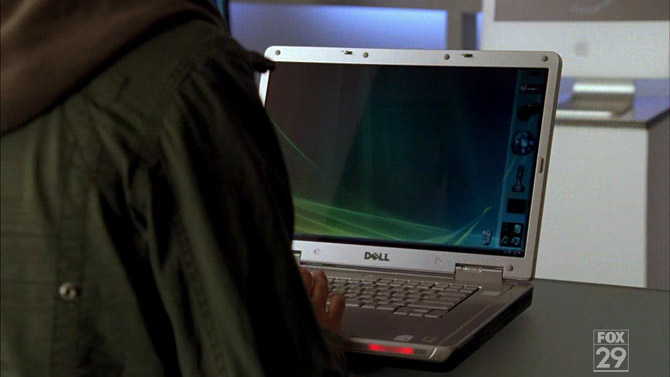 John starts playing with Dell laptop, which happens to be connected to the huge LCD TV behind him. 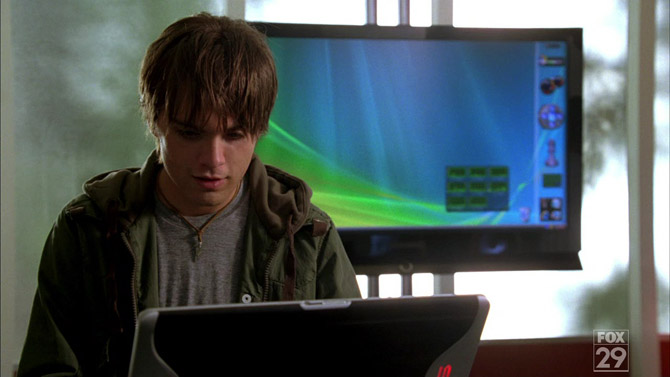 John plays with his first Sidebar gadget, which happens to be a system performance multi-monitor of some sort displaying eight graphs. Note how the Sidebar has a white translucent background with a border (instead of the black fade in Vista RTM). The other gadgets from top to bottom include a hard drive monitor, the default CPU meter, a prototype Windows Media Player gadget from 2005, a chess piece and a quick launch tile. 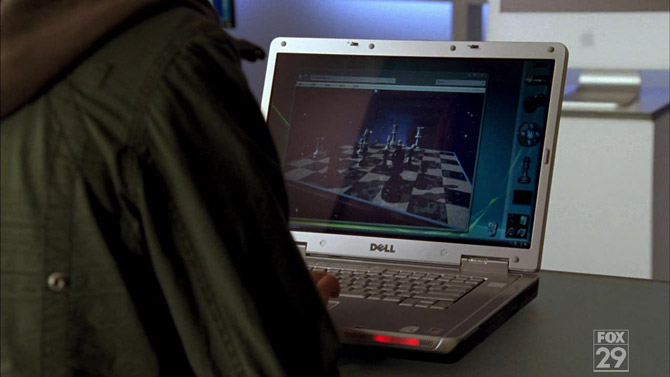 Next he clicks on the Chess icon and a Chess game application fades in from the right. It looks very different to the one in Windows Vista – darker shadows, more realistic chess pieces and board and it also has a space background with stars and galaxies. 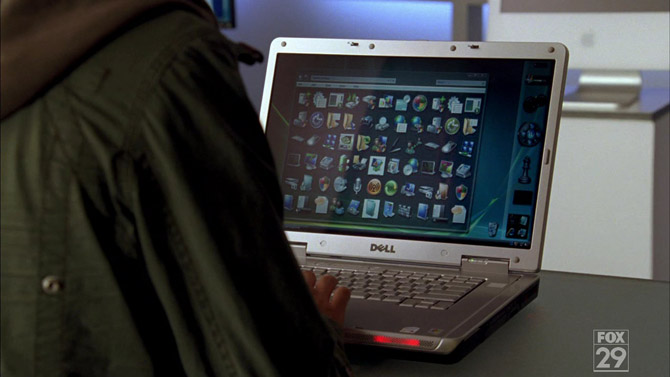 Somehow then John opens the control panel, or if you can still call it that. The window is filled with all the icons from the Vista classic control panel but without text labels. The background is translucent with a black overlay. Norton LiveUpdate icon also makes a cameo appearance. 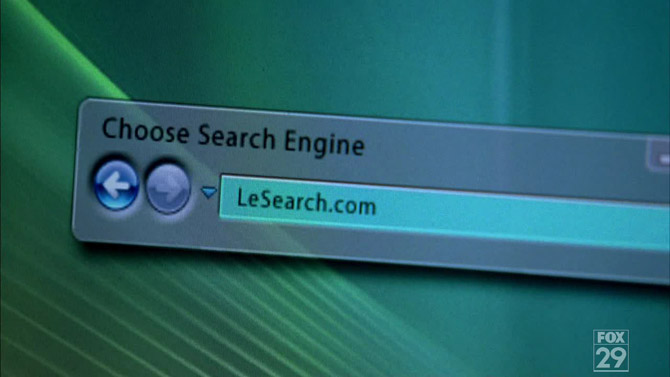 John then discovers a search box with an Explorer style back and forward button. The default search engine is LeSearch.com. Watch out Google, the French are coming. 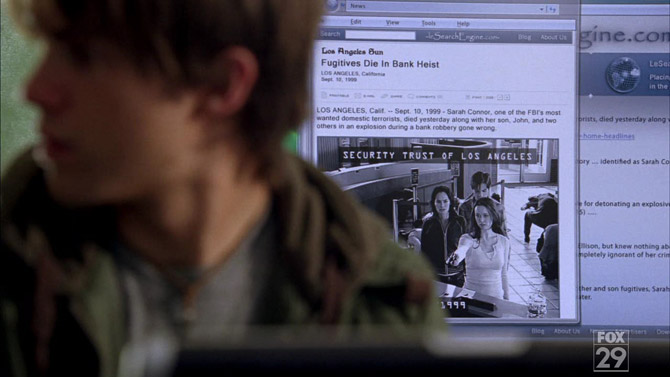 Naturally John starts searching about his past and finds articles about his “death”. What appears to be a browser window appears in the background. It shows only a back and forward button, an address bar and a standard toolbar. 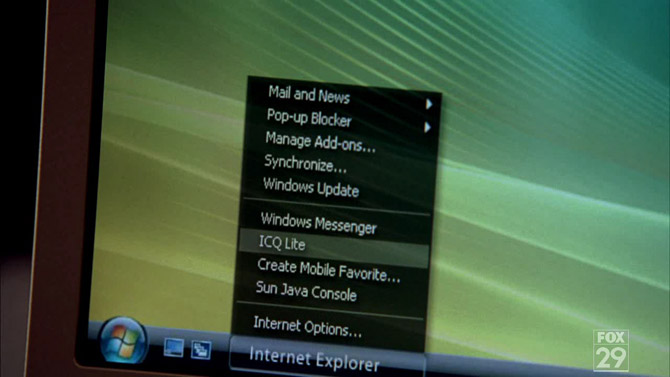 Shortly after a sales person disturb John and tells him that he was showing everyone what he was looking at on the big screen. Offers to help him clear the browser history. Somehow she opens a menu for Internet Explorer in the taskbar, which seems to have some of the options you would find inside the application’s toolbar. 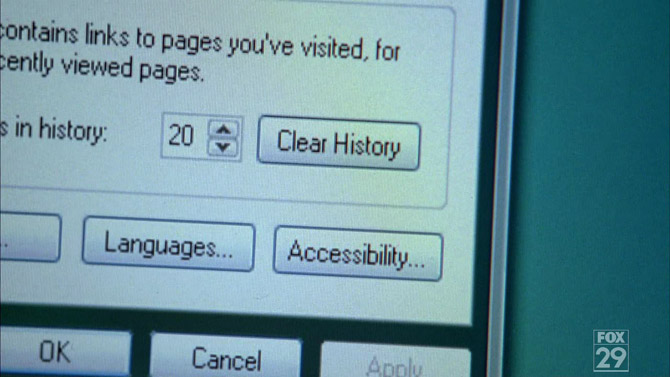 In the dialog that opens, she clicks on “Clear History”. Note how the buttons are styled like Windows XP buttons, even though this is inside Windows Vista with the glass frame and Aurora background. Scene ends.

Whilst it is true custom operating systems in TV shows and movies are nothing more than just optimizing what appears on screen so viewers can follow along more easily, but this seems a little more elaborate than most. I mean that Windows Media Player gadget was never released to the public, so how did that get there? I can’t help thinking Microsoft knew about this production either through licensing or a product placement deal, in which case, what is this?