Today was the first day of Microsoft events at CES 2007, the Windows Vista RTM Labs – an insight into the Windows Vista development backstory from program managers, directors and other people who might have signed off on one thing or another. There were a total of 5 sessions presented on a variety of topics including hardware, software, design, testing and SKUs presented by a range of leads including Dave Block, Paul Donnelly, Karsten Januszewski, Tjeerd Hoek and Beckett Dillard.

There’s an extremely extensive summary from Jason Dunn’s Digital Media Thought, a hot 64-bit discussion from Ryan Hoffman’s Extended 64, a brief overview from Mauricio Freitas, an overview of the UX session from Larry Richman’s PROnetworks and a summary from Mary Jo Foley. Here’s some photos from the Labs from me. 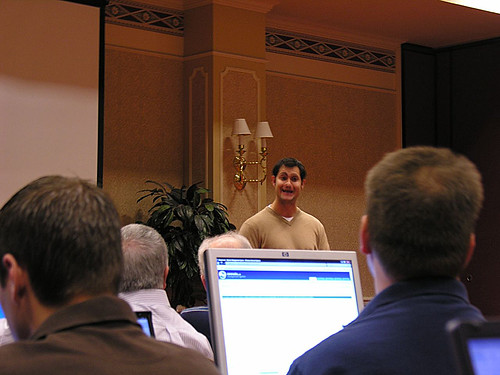 Welcome to Nick’s World of Fun. Please keep your legs under the table and enjoy the ride. 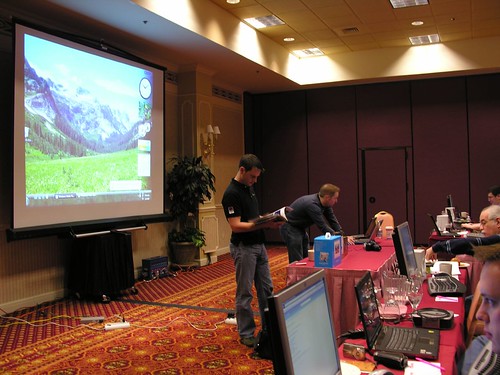 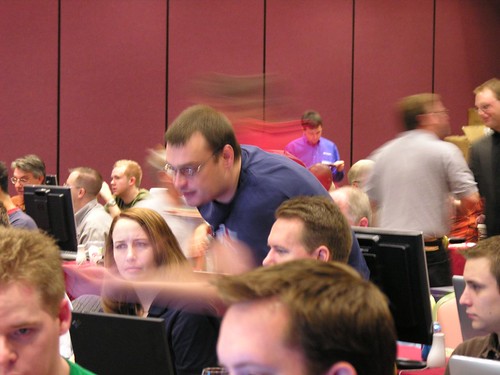 People were desperate to walk around quickly. 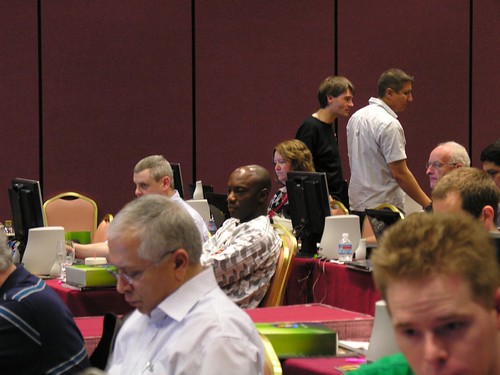 Notice how Robert McLaws is in every photo. 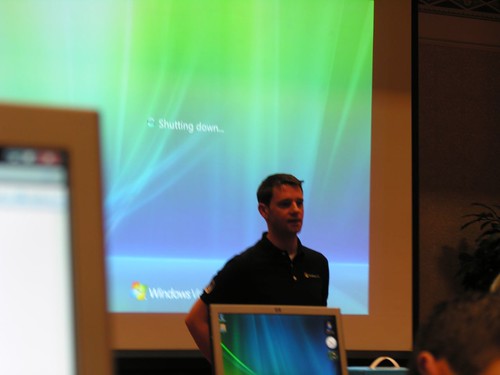 “So, here’s the new shutdown screen.” 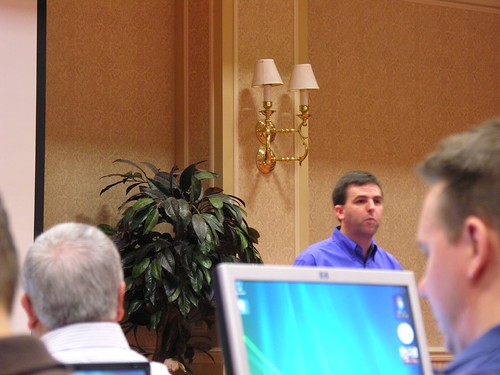 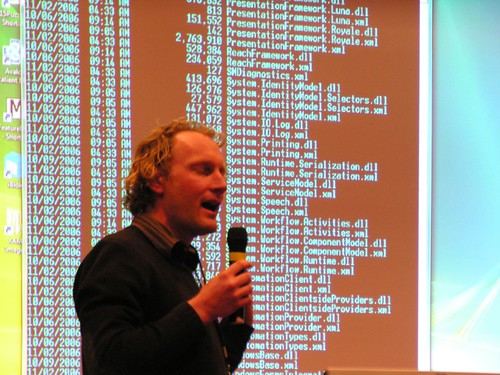 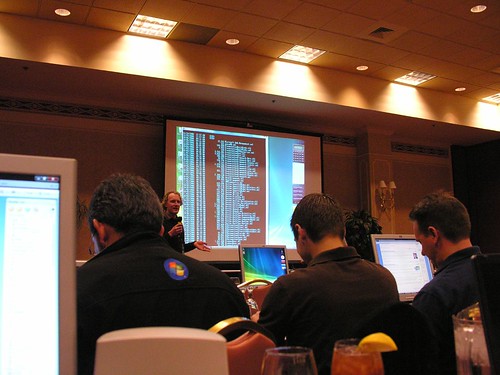 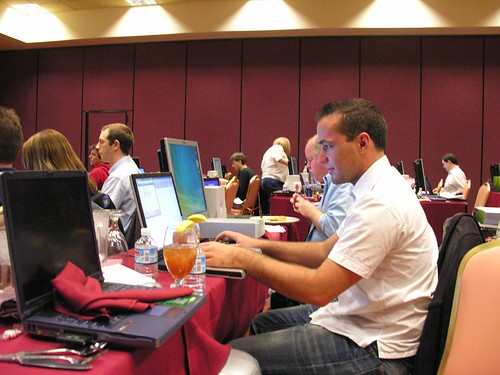 Who says you can’t eat lunch at the PC? 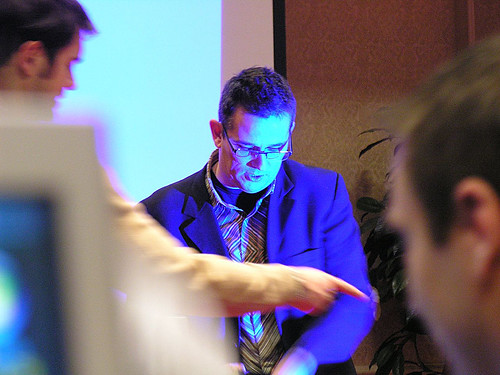 The very prepared Tjeerd Hoek tries out the tanning machine. 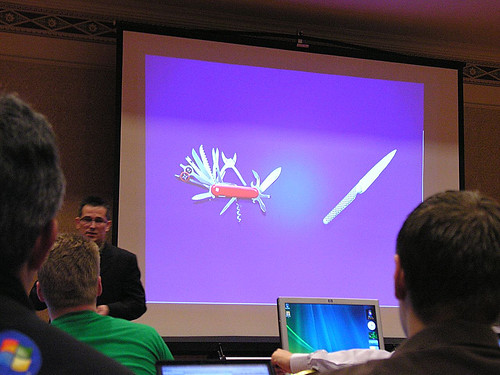 The following photos depicts conceptual designs. These screenshots do not represent the quality of the final product or depict any future design intentions in Windows. Please don’t sue me. 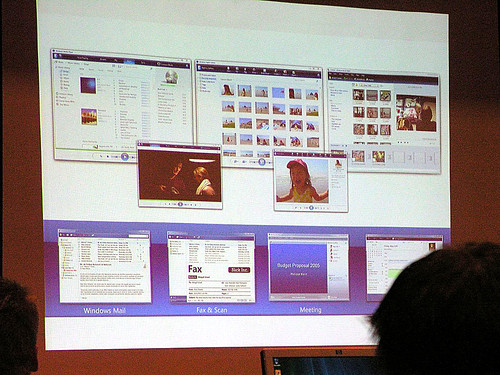 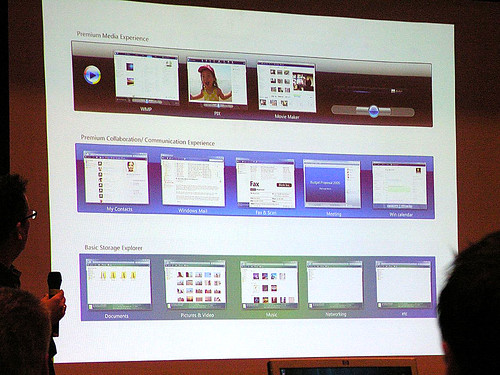 UI inconsistencies? Not if you look at these charts. Everything’s as clear as glass. Blue for this, green for that. Of course, why didn’t I think of that. 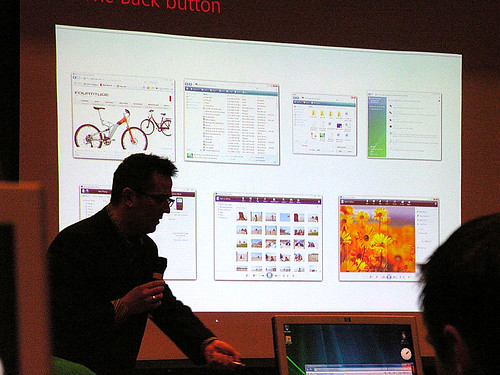 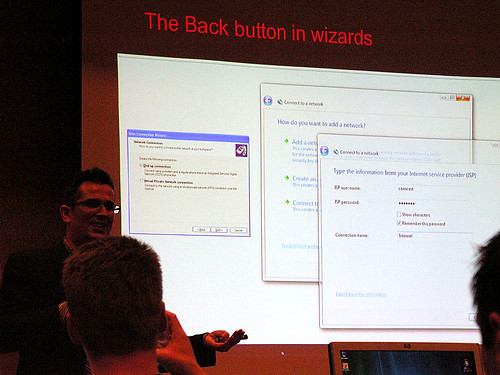 Sometimes, you just want to take a step back. Or two. This is the first time Win32 applications have a “back” button. 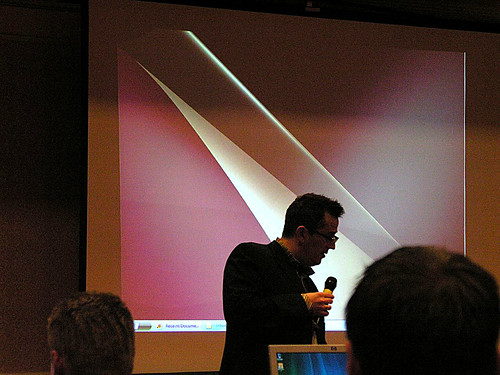 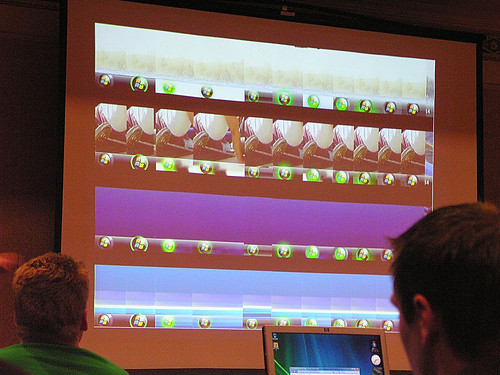 Where do you start? 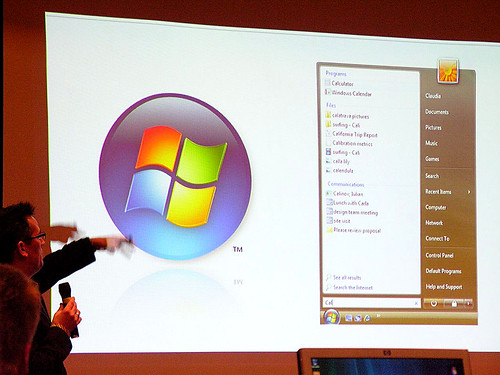 The above photos depicts conceptual designs. These screenshots do not represent the quality of the final product or depict any future design intentions in Windows.

After a hard day at work, we were invited to a party-dinner which I don’t have much to say except these photos. 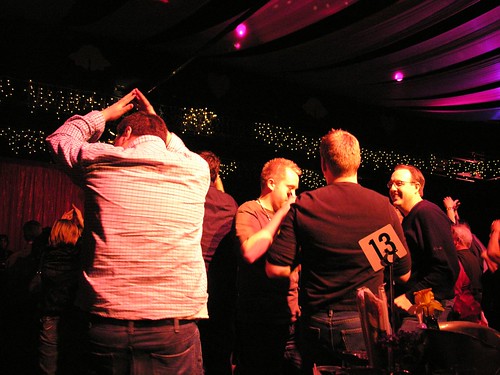 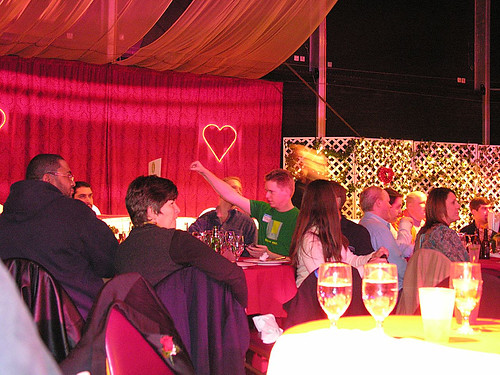 As usual, more photos on my Flickr CES 2007 photoset. It could only get better from here on, right?